The Curious Tale of the Stolen Pets is out now!

Coming to PlayStation VR next week on November 20 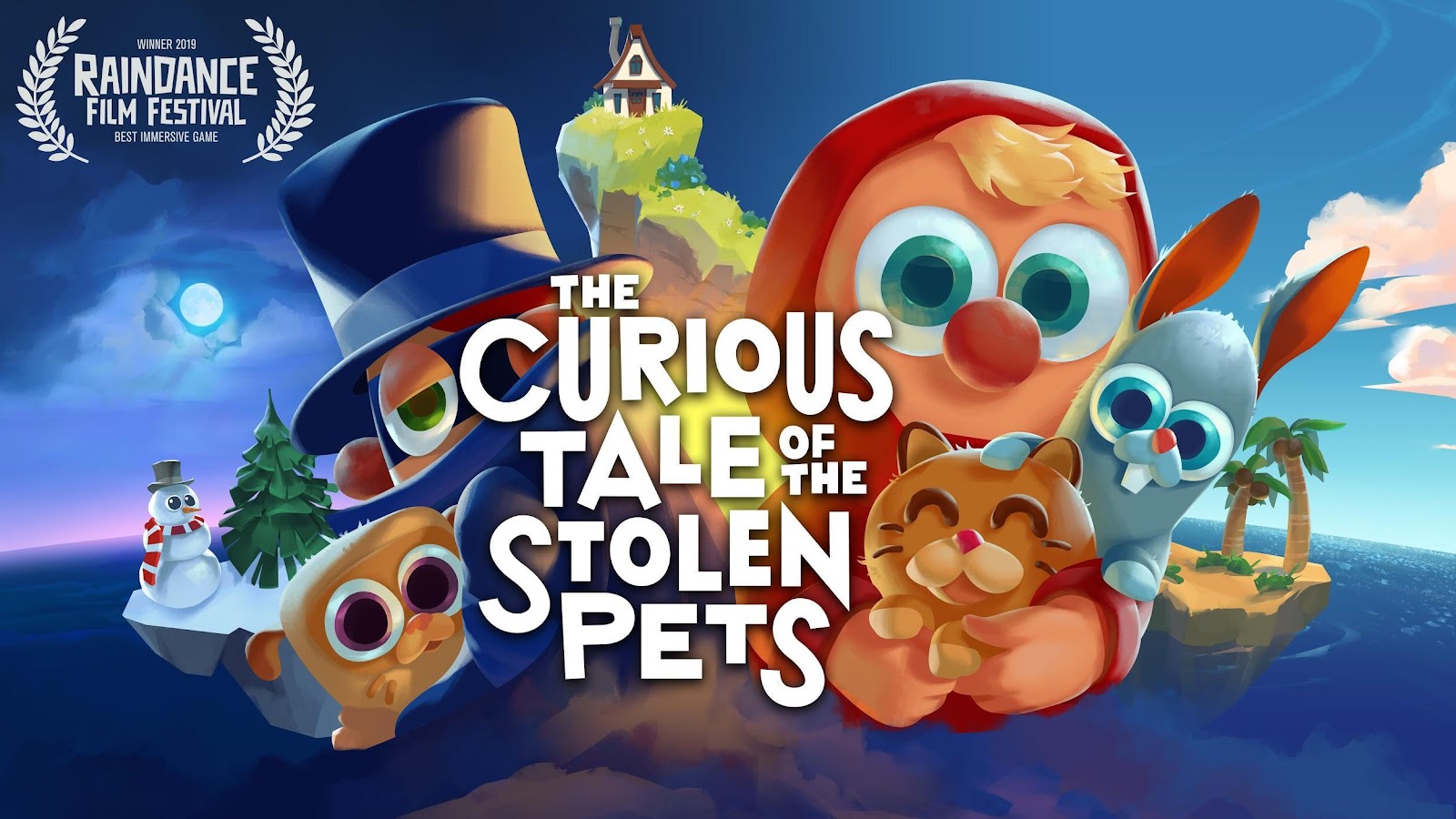 Stockholm, Sweden, Nov 14, 2019 – Fast Travel Games’ new passion project, award-winning VR game The Curious Tale of the Stolen Pets, is now available for Oculus Quest, Oculus Rift, HTC Vive, Valve Index & Windows Mixed Reality headsets, with PlayStation VR version following next week on November 20. In The Curious Tale of the Stolen Pets, you get to help your grandfather solve the mystery of the stolen pets by exploring miniature worlds crafted from the ground up for VR. Every world is unique, full of playful interactions, joyful puzzles and colorful life.

The new Launch Trailer can be watched here and downloaded here.

(For Oculus users, the game supports Cross-buy between the Quest & Rift versions so if you buy for one platform, you get the game for both)

Official game assets like the new Trailer, Screenshots, Key Art, Logo & more can be downloaded from the Media Kit

Oskar Burman, CEO and co-founder of Fast Travel Games, says: “I’m incredibly proud over the team that have brought this gem to fruition, and can’t wait for players out there to discover those worlds we’ve spent so much time creating. I truly believe this is a game that will be loved by all ages, and will leave no heart untouched. Now go out and find all those stolen pets!” A Heart-warming Tale
Guided by the voice of your grandfather, travel back to the imaginative adventures of your childhood and the worlds you created together. Revisit a joyful past and the troubled relationship with your sister. You will come to realize things about yourself you forgot decades ago.

Peaceful Puzzling
Proceed through the game by solving light puzzles using your hands; Grip, push, drop and spin the numerous interactive elements in each world to trigger clues or to reveal the hidden pets. Every world is full of vibrant life. There are no time limits. Stay in a world until every puzzle is solved, or move on when you feel ready.

Worlds of Hidden Wonder
Peek behind a glowing volcano in the prehistoric setting, lean in to investigate your old summer cottage and comb through the bottom of an icy lake. Explore incredibly detailed and handcrafted worlds while enjoying gameplay tailor-made for VR.

About Fast Travel Games
Fast Travel Games is a multi-award winning games development studio focused on exploring VR gameplay experiences rich in world-building and storytelling components. The Stockholm, Sweden-based company was founded in 2016 by industry leading veterans with a proven history of creating the world’s most immensely popular games the likes of Angry Birds 2, Mirror’s Edge and the Battlefield series as leaders at global games studios Rovio, EA, DICE and elsewhere. Their debut title Apex Construct is available today. Upcoming games The Curious Tale of the Stolen Pets is out now, Budget Cuts 2: Mission Insolvency (made in partnership with Neat Corporation) will be released on Dec 12, 2019.